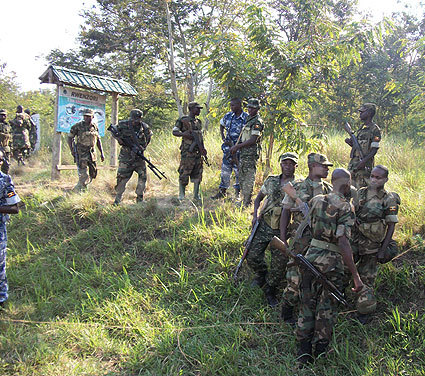 Both Personally and on behalf of my party, the RPP join the international community in grieving for all those brutally killed and injured in attacks on police stations between Bankonjo and Basongora, Uganda that left over sixty people, mostly police officers dead and countless injured,on the night of the 5th of July.
The Rwandan People’s Party condemns this cowardly and barbaric attack upon Uganda and its people.
The RPP sends its condolences to all the families and friends of those murdered in this attack.
Our Party’s thoughts are with those who lost husbands, sons and family members. We wish those who were injured a speedy recovery.
These types of attacks must be stamped out. They are attacks that will turn Ugandans against each other and lead to ever more violence. These terrorist attacks can lead to conflict and massacres if they are not stopped. These incidents could lead to mass killings and even Genocide as was the case in Rwanda in 1994.
The Rwandan People’s Party stands alongside the people and government of Uganda at this sad time. We have every confidence in President Museveni and his government that they can defeat those who wish to kill and injure and who wish to divide Ugandans against each other. We believe that President Museveni will continue the process of reconciliation in Uganda despite these attacks. We in the RPP will stand alongside the Ugandan people and government in the
fight against violence and terrorism.
God Bless the People of Uganda.
Thank you all.
John V Karuranga, President
Rwanda People’s Party
www.rwandapeopleparty.org
This e-mail address is being protected from spambots. You need JavaScript enabled to view it